Our American Dream began with a father’s pocket watch.

Our American Dream began with a father’s pocket watch. Learn about the MetroVac history below! Once you're ready to start shopping, you can browse all of our vacuum collections online today!

In 1939 Hyman Gulker pawned his prized pocket watch for $50 and gave the money to his son-in-law and daughter, Israel and Pearl Stern. Israel had been selling vacuum cleaners door to door for a number of floor care companies, but with their $50 gift he and Pearl were able to launch their American Dream: The Metropolitan Vacuum Cleaner Company. It was a bold move because Israel was a very successful salesman. So good, in fact, that the President of the last company he worked for offered him $100 to return. “Nothing doing,” declared Pearl. “We’re on our own now!”

And so their American Dream began.

The early years were devoted solely to the distribution and retailing of vacuum cleaners. But by 1946 the main core of their business had become the reconditioning and sale of vacuum cleaners to retail specialty stores, Five & Dimes, and mail order houses.

In 1951 things began to change when their son, Jules Stern, joined the business on a full-time basis and helped introduce unique industry innovations. In 1957 they unveiled the first 110-volt handheld vacuum cleaner. 1964 saw the first 12-volt automotive handheld vacuum cleaner that plugged into the cigarette lighter in cars. By now the company had become commonly referred to as “MetroVac.”

In 1968, in order to meet the production demand that resulted from the enormous success of its products, MetroVac moved to a 32,000 square- foot facility in Suffern, New York. In 1970 MetroVac introduced the Metro Duo-Volt, the world’s first, and still only, dual voltage handheld vacuum that’s designed to work in homes and cars.

1974 saw Kenneth Stern, the eldest son of Jules, join MetroVac, adding a third generation of Sterns to the family business. MetroVac continued to introduce many new, different models from full-size vacuum cleaners to powerful compact canisters. It was during this time that MetroVac introduced the DataVac Computer Cleaning Systems—now a major factor in the computer/office product industry—designed for the cleanup and maintenance of computers, printers, laser printers, and copiers.

David Stern, Jules’ youngest son, entered the company on a full-time basis in 1984. David spearheaded the introduction of Air Force pet dryers. By 1989 MetroVac’s Air Force Pet Grooming Dryer Division had catapulted to the top of the pet dryer industry and now has distribution throughout the world.

MetroVac entered the motorcycle industry in 2002 with the Air Force Blaster Motorcycle Dryer, which was specifically designed for cleaning and drying motorcycles. The Metro Air Force Blaster cuts cleaning time by 80%, is completely safe for all paint and chrome finishes, and is one of the most innovative motorcycle care products in decades.

Also in 2008, MetroVac entered the automotive industry with a full line of car vacuum cleaners from the Metropolitan 500 (500-watt handheld) to the Jumbo Vac N Blo wall mounted garage vacuum cleaner. MetroVac also introduced a line of car dryers, including the Master Blaster, which will completely dry a full-size car in 15 minutes. Both product lines are targeting professional detailers and automotive enthusiasts worldwide. This same year, Bob Stevenson joined the company as General Manager.

In 2013 MetroVac and its employees moved into a new 60,000 square foot manufacturing facility in Oakland, New Jersey.

2019 marks the 80th anniversary of MetroVac as it prepares for an exciting future by focusing on innovative new products and adding employees to the manufacturing and management teams. 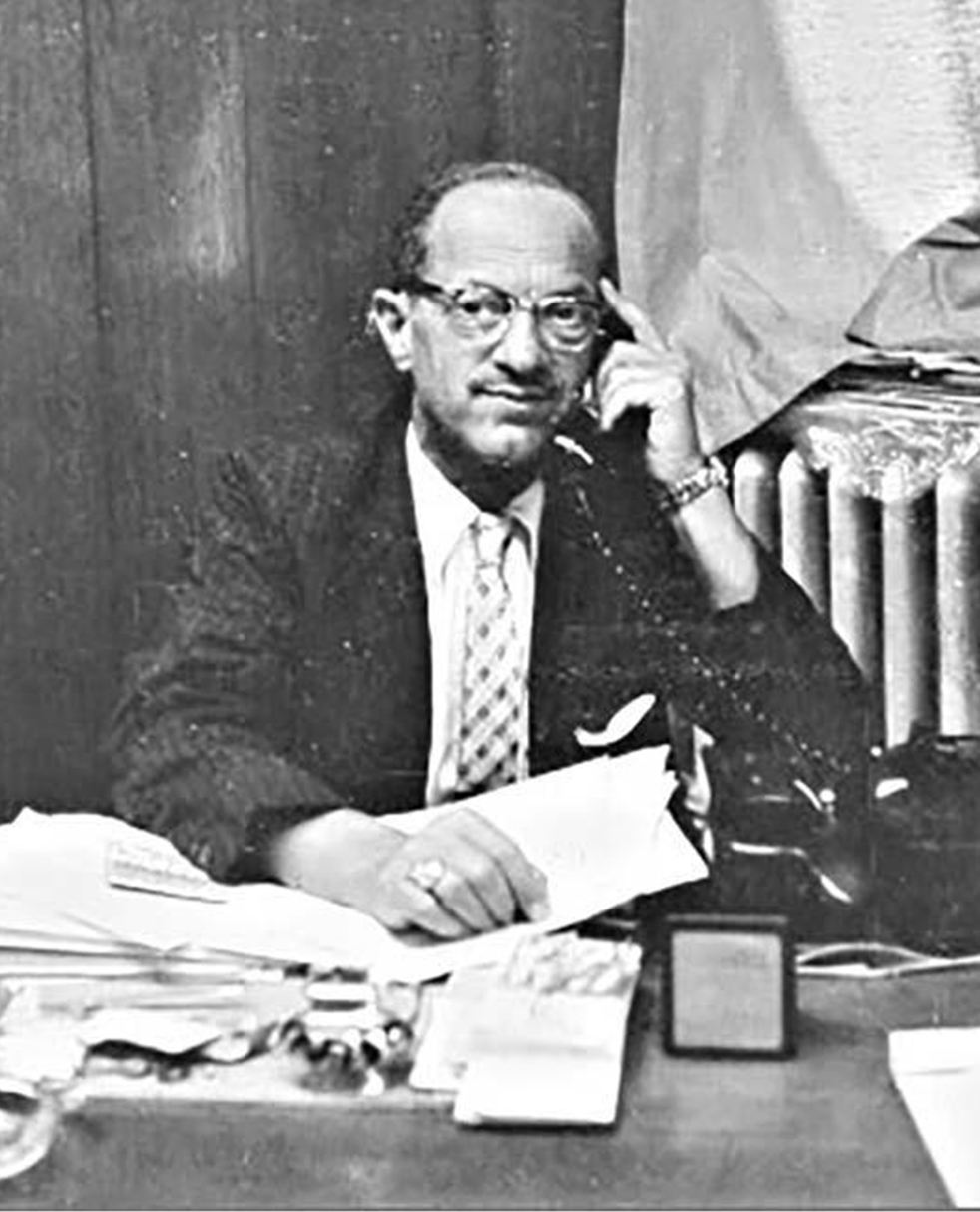 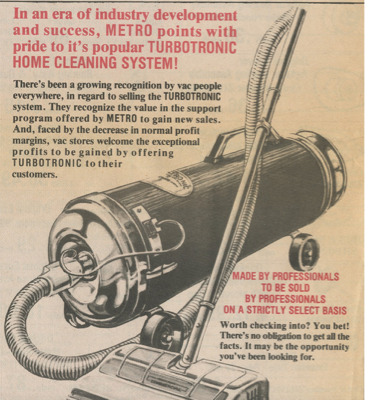 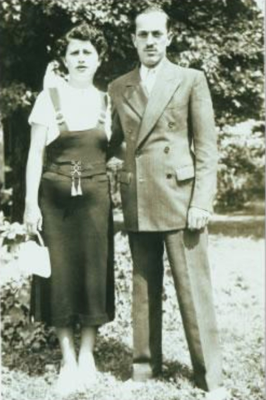 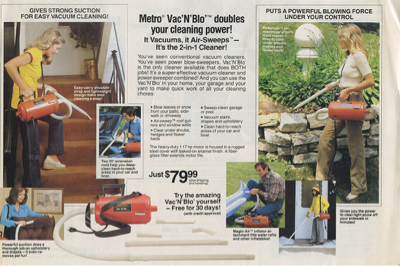 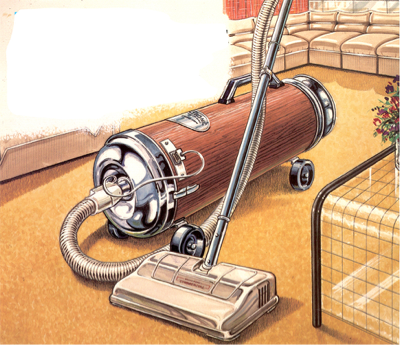 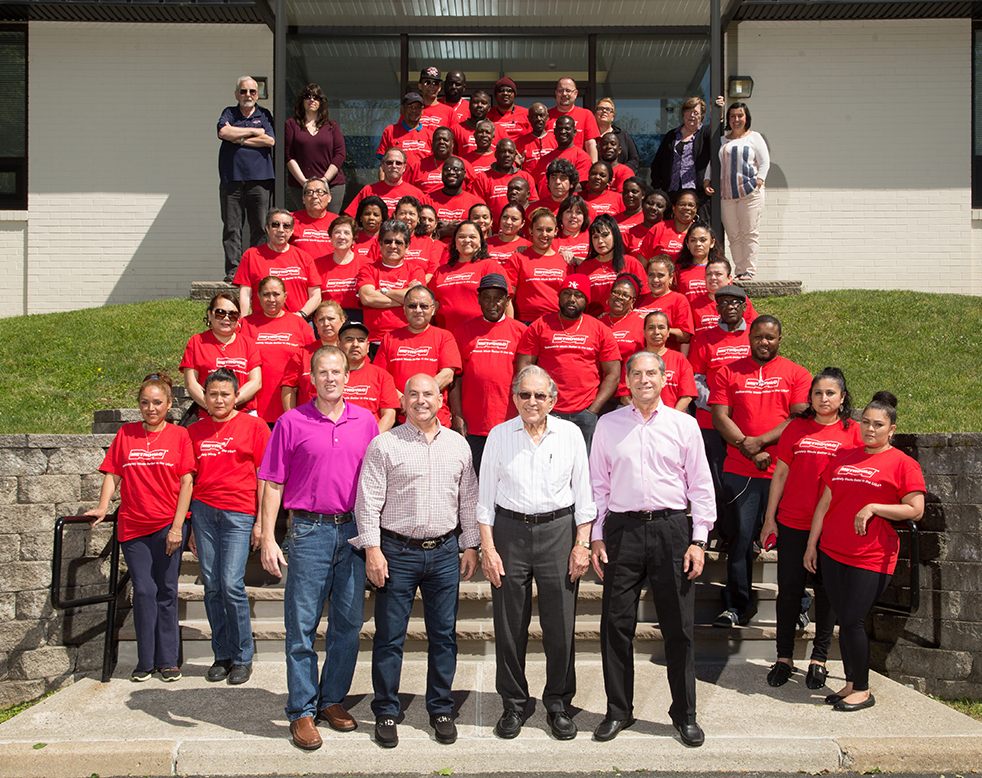 “Each and every day, I’m so very proud of what we have accomplished over the last 80 years. It’s very gratifying to produce quality products right here in the USA that actually work and are durable. We will continue to innovate and introduce new products into the markets we serve and carry on the tradition that my parents, Israel and Pearl, founded in 1939.”